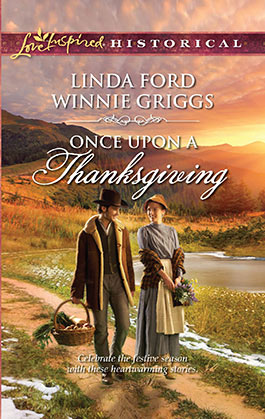 All that stands between Ruby Anne Tuggle and a fresh start is an escort to Tyler, Texas. Rancher Griff Lassiter is too kind to refuse, but too wary of being hurt again to offer anything but protection on the journey.

Then a fever forces an unexpected detour and a chance to find the place they both belong... 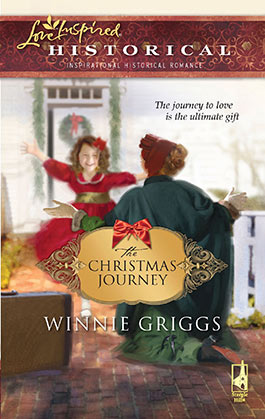 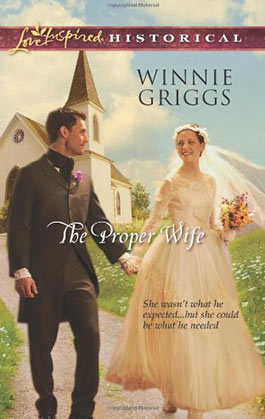 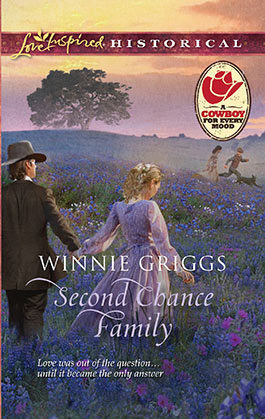 It was now or never.

Ruby Tuggle had been sitting in the hotel lobby when Mr. Lassiter returned from whatever business he'd been conducting. She'd watched him climb the stairs to his room, looking as though he'd had a rough day, and then come back down thirty minutes later, cleaner but still tired looking.

From her seat in the secluded corner of the lobby she'd had a clear view into the hotel dining room. Watching his profile as he ate his meal, she'd tried to get some sense of the man himself.

She'd memorized the way his dark hair tried to curl around his ears, the way it just barely touched his collar in the back and the slight impression of where his hat had rested. She'd noted the way he'd deliberately cut his steak and how he held his knife and fork as he ate. She'd watched the way he politely interacted with Mrs. Dowd when she'd brought out his food, and how he'd kept to himself otherwise.

And the more she studied him, the more solid her gut feeling grew. No doubt about it, he was a good man, and God had put him in her path to help her.

Just now he'd set his cutlery down, sat back and reached for his glass, a sure sign that he was nearly finished with his meal. Soon he would get up and return to his room. If she didn't gather her courage to speak to him now, she likely wouldn't get another chance.

Taking a deep breath, Ruby rose and moved into the dining room. Heavenly father, please give me the right words. And, if it's not asking too much, please soften this man's heart toward my need.

Stopping near his table, she cleared her throat to get his attention. "Excuse me, but can I speak to you for a moment?" Good - her voice hadn't squeaked like it sometimes did when she was nervous.

The man looked up from his nearly empty plate. "Ma'am?"

Her cheeks warmed as her courage wavered. What must he be thinking of her? Approaching him this way would have been considered bold if they were already acquainted. The fact that they were near strangers only made it that much more forward and unseemly.

But it was too late to turn back now. "Mr. Lassiter is it?"

He nodded, his tobacco-brown eyes continuing to assess her. "That's right - Griff Lassiter."

"My name is Ruby Tuggle," she continued. "You might remember me from this morning?"

Not that that particular memory would lend her any additional credibility. She'd dropped a tray of dirty dishes practically at his feet in this very dining room. The man had been gentleman enough to help her collect the broken dishes and scattered cutlery. He'd even offered her a sympathetic smile when Mrs. Dowd had come out and given her a very public scolding for her clumsiness.

Then she realized she needed to get something straight before she continued. "This isn't about that," she said quickly. "though I do want to thank you again for your kindness. In fact, I don't work here any more, so it's not hotel business at all. It's a personal matter I'm wanting to discuss with you." Realizing she was babbling, Ruby paused and took a steadying breath.

To her relief, Mr. Lassiter stood. She'd forgotten how very tall and imposing he was up close. The man commanded attention even when he wasn't trying to.

He waved her to the chair across from him. "Please have a seat. Can I order you something?"

Her spirits rose as she sat. This was a good beginning. He was a gentleman, and genuinely kind to boot. Now if only she could convince him to help her. "No thank you. I've already eaten."

He took his seat, placed his elbows on the table and crossed his arms. "What can I do for you, Miss Tuggle?"

Miss Tuggle - how nice that sounded. She'd grown up around here, and most folks just called her Ruby Anne. "I have a business proposition I'd like to discuss with you, if I may?"

That earned her a raised eyebrow. "I'm listening."

"I understand you own a ranch in the Tyler area and will be returning there soon."

He nodded. "I leave for Hawk's Creek first thing in the morning."

Her hands were clasped under the table so tight she felt the nails bite into her palms. This was it. "Well, I'm planning to travel to Tyler myself and I was wondering if I could impose on you to provide me with an escort." Please, please, please say yes.

There was a flash of surprise in his expression. "Excuse me for saying so, ma'am, but you don't really know me. Wouldn't you be more comfortable travelling with a relative or family friend?"

At least he hadn't outright rejected her request. "I don't have any family here." Or anywhere else for that matter. "And no friends who could spare time for the trip."

He studied her in silence for a long moment and she did her best not to fidget. Finally he leaned back in his chair. "Mind if I ask what kind of business you have in Tyler that would take you there on your own?"

She bristled a bit at that. It was really none of his business, after all. But she needed his goodwill so she swallowed her pride. "I plan to start a new life." A new life - just saying that out loud lifted her spirits. "And I understand Tyler is a large enough place that I could find suitable work to support myself."

He didn't seem happy with her answer. "Miss Tuggle, I hate to rain on your campfire, but it's really not wise for a young lady to strike out on her own like that. Especially in a strange place where she has no friends to turn to should the need arise. And finding suitable work, especially without someone to recommend you, might take time."

"I have enough money to tide me over for a bit." That had a satisfying sound to it too. Discovering just yesterday that a nest egg had been set aside for her had made her almost giddy just imagining the possibilities. "I'm resourceful enough to take care of myself and I'm not afraid of hard or messy work."

He didn't appear convinced. "You mentioned you don't work here any more. I don't mean to pry, but if this is just a reaction to that dust up this morning, you'd likely be better off staying put and working things out with Mrs. Dowd."

Her heart sank as she saw her chances of success begin to fade. But she lifted her chin and tried again. "You're wrong if you think this is a spur of the moment decision. I've been planning to leave here for some time now. This morning's dust up, as you call it, just gave me the final push is all. I'll be headed for Tyler tomorrow, with or without your company." That was partly bluster, of course. But she was just desperate enough to contemplate doing it.

"Ruby Anne, what do you think you're doing? Get up from there this minute."

Ruby jumped. She'd been so intent on making her case to Mr. Lassiter that she hadn't heard Mrs. Dowd approach.

The stout rolling-pin-of-a-woman turned to Mr. Lassiter with an apologetic smile. "Sir, I'm so sorry if this girl has been bothering--"

Ruby, already halfway out of her chair, paused as her companion's voice cut across the woman's scold like a knife through lard.

"Miss Tuggle has graciously agreed to join me for dessert this evening," he continued, waving Ruby back down. "Speaking of which, I would appreciate it if you would please bring a bowl of your peach cobbler for each of us when you have a moment." While he hadn't raised his voice, and his expression remained pleasant, there was something in his tone that warned against argument.

Mrs. Dowd stiffened and her mouth snapped shut. Then she offered her best be-nice-to-the-customer smile. "Why, uhm, yes, of course. I'll get it for you at once."

Ruby had never seen Mrs. Dowd move so quickly. She turned to Mr. Lassiter with gratitude and a touch of awe. "Thank you."

He smiled. "It's just a bowl of cobbler."

Oh, it had been so much more than that. But he didn't give her time to elaborate.

"I can see you're determined," he said, returning to their original discussion. "But have you given any thought to the timing? Thanksgiving is a little over a week away and Christmas is right behind that. Surely you'll want to spend the holidays in familiar surroundings?"

She almost rolled her eyes at that. If he only knew. "Not at all. In fact, I believe being settled in a new place, surrounded by new people, is the perfect way to celebrate the holidays. It will definitely give me something extra to be thankful for."

That earned her another probing stare, which she endured without comment.

"How do you plan to travel?" he finally asked.

"I've purchased a small buggy and a horse," Ruby reported proudly. She'd taken care of that this morning as soon as she'd left the hotel. "I know having to match pace with a buggy will likely slow you down, but I'm prepared to pay you for your trouble."

He waved that suggestion aside. "I've acquired a young Angus bull today that I plan to take to Hawk's Creek with me, so I'll be taking it slow and easy anyway."

Did that mean he was going to agree to her request? "Then you'll do it?"

He raised his napkin and smothered a cough.

She noticed again how tired he looked. "Are you okay?"

He shook his head dismissively. "It's just a bit of trail dust caught in my throat." He took a sip from his water glass, then leaned back again. "As for your other question, there's just one problem. I'm not going to Tyler proper. My ranch is a bit north of there, and since I'll have a bull tethered to my horse, I'd prefer to take the shortest route possible."

"I see." Ruby did her best to swallow her disappointment. Why hadn't he said so right away instead of letting her get her hopes up?

Saying she'd make the trip with or without him was one thing. Actually doing it was another. Not only were there the normal hazards of the road to worry about, but there was always the possibility of getting lost along the way. After all, since the ill-fated day when she'd arrived in Cleebit Springs at age seven she hadn't traveled more than a mile outside of town.

So what did she do now?